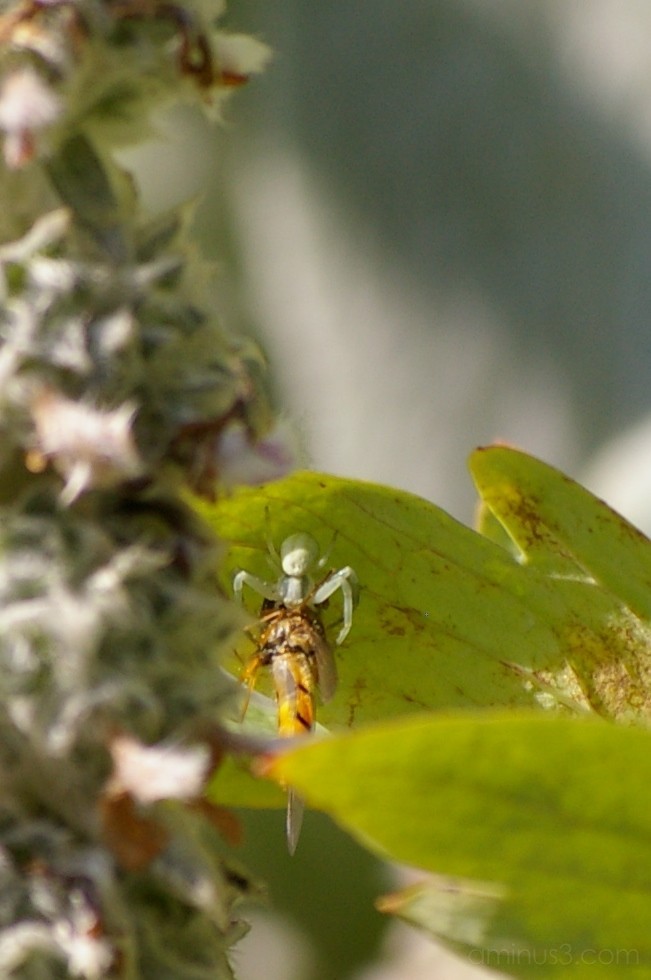 Previous Next
← previous day next day →

Not I, not I, said the spider

Posted by Lightwalker (Budapest, Hungary) on 1 July 2007 in Animal & Insect.

I suddenly realized that I was hearing some desparate, unsuccessful wing tattering of a fly. I looked closer among the leaves and saw as a fly (that likes to hover in streaks of light) got tangled with a green something in a white flower. Then this green something moved and I realized it was the leg of a crab spider. In a couple of minutes the fly was dead, or paralyzed, and the spider dragged it along the stem to the end of another leaf. That's the shot. (This has been edited: cropped.)